Fana R HaileSelassie & Serena A Hughley; both of Spelman College, Atlanta, GA; with Her Britannic Ambassador Extraordinary and Plenipotentiary to the Kingdom of Sweden, His Excellency David Cairns. 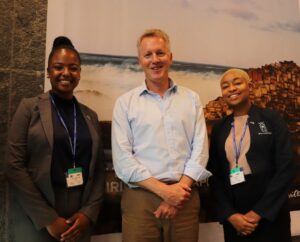 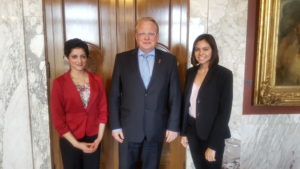 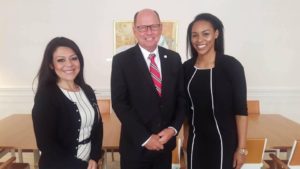 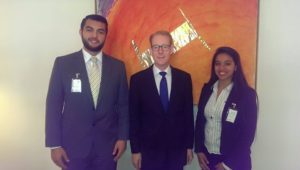